But how did hemp make its way to America?

Where does hemp come from?

Throughout history, hemp continued to spread across civilizations. Evidence of hemp material has been found in Asia, Europe, Africa, and later in America. Several religious documents have mentioned hemp as a “Sacred Grass” or “King of Seeds”. Throughout generations, hemp was a key ingredient in everyday life, as it was used to daily essentials such as clothes, shoes, ropes, and paper. 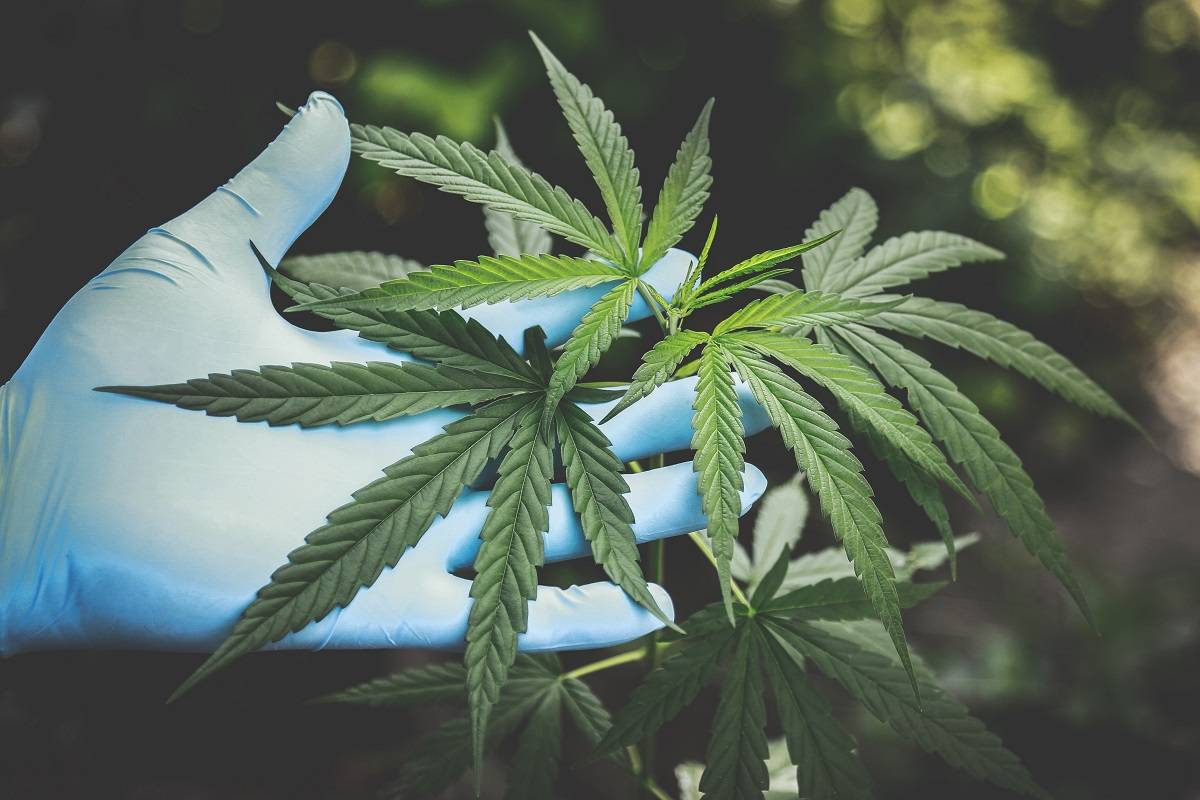 The arrival of hemp in America

Before the arrival of European settlers, hemp was being cultivated by Native Americans in the New World. Due to the durability and strength of its fibers, Native Americans grew the crop to produce clothing, thread, paper and cordage as well as hemp food. North America was first introduced to hemp in 1606, but the first recorded use of it in America’s colonial years was in 1632 in Virginia.

In the 17th and 18th centuries, farmers were legally required to grow hemp as a staple crop. Later, it was exported to England where it was used for books, clothing, shoes, sails and tents. Hemp was even considered a legal tender that could be used to pay taxes during this time. Earning its independence from Great Britain in the late 18th century, the United States kept hemp as a staple crop for early Americans.

Many of the founding fathers even grew hemp and supported its uses and benefits. Benjamin Franklin began one of America’s first paper mills with hemp. George Washington grew cannabis on his plantation. And, according to some historians, Thomas Jefferson wrote the first drafts of the Declaration of Independence on hemp paper. 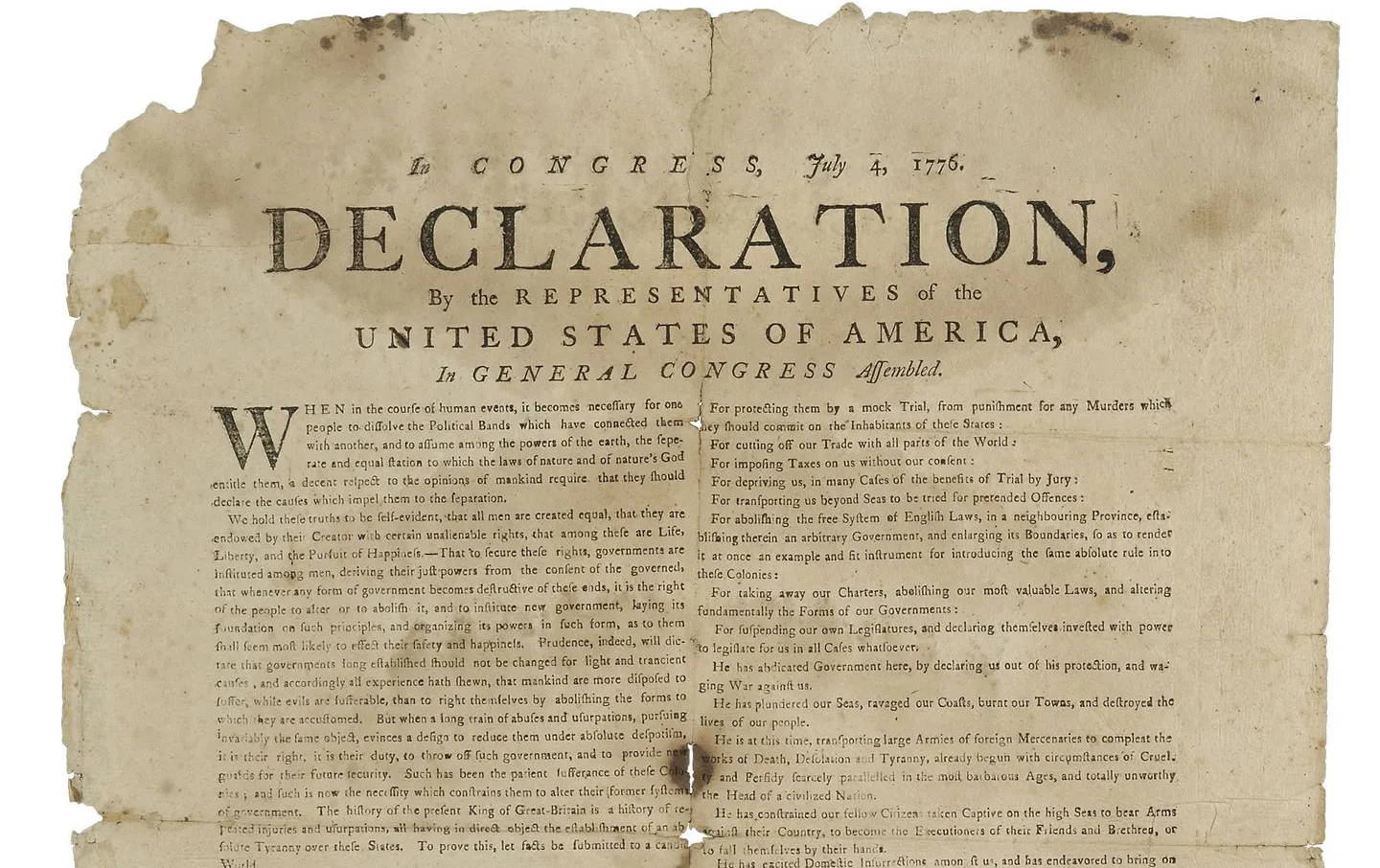 United States declaration of independence from 1776

The fall of hemp in America history

Although hemp was a big part of early U.S. history, attitudes towards the crop started to change in the early 1900s. Due to hemp’s genetic relationship to marijuana and some people’s inability to comprehend the differences between the two plants, individual states, as well as the U.S. federal government, began to criminalize all cannabis, therefore restricting its growth.

The Marijuana Tax Act of 1937 started the major decline of the hemp industry. It didn’t necessarily prohibit the growth of hemp, but it did add a $100 transfer tax on sales and handed over the regulation of licensing hemp production to the Department of Revenue. There has been some controversy over this bill, as some have argued that this policy was aimed to reduce the size of the hemp industry in order to help the emerging plastic and nylon industries gain market share. 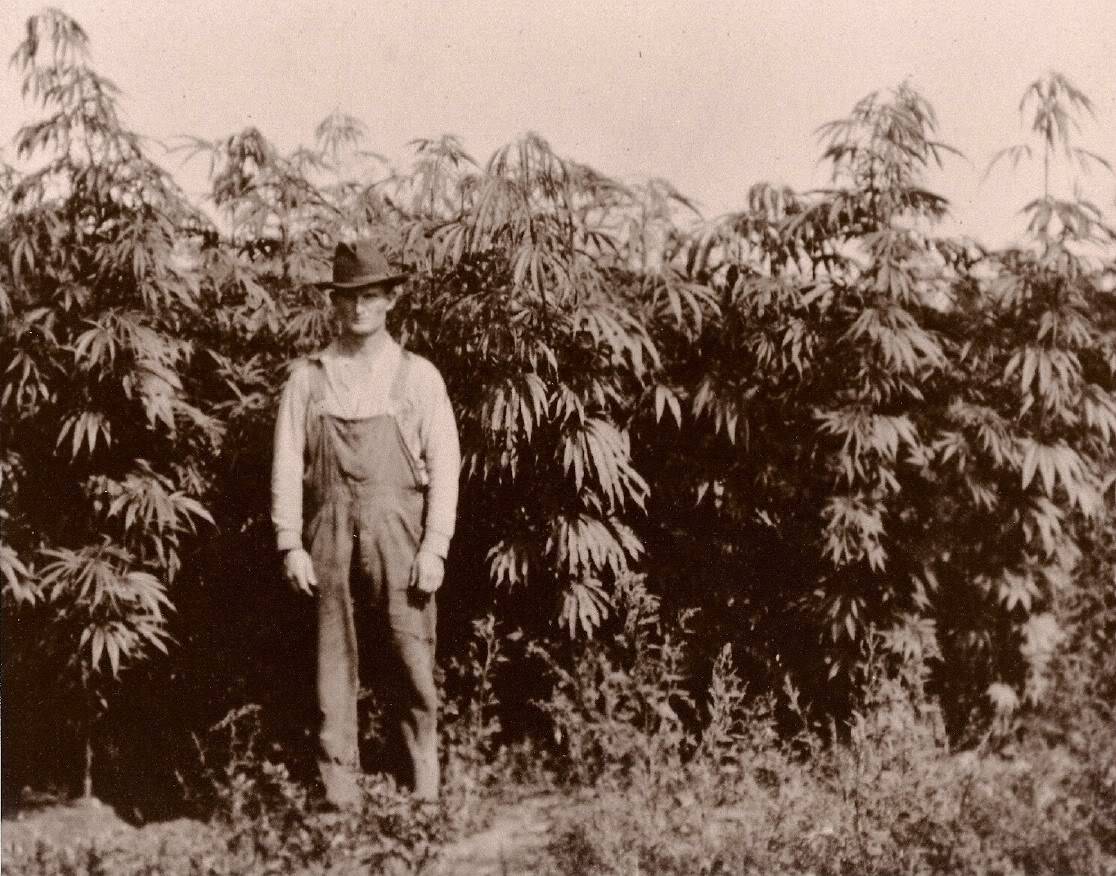 A farmer standing in front of his hemp crop in Seney, Michigan, circa 1920s.

The revival of hemp after WWII

With the United States entering World War II in 1941, the nation’s hemp cultivation efforts were resurrected. Farmers throughout the US were encouraged to fulfill their patriotic duty by planting acres upon acres of hemp. Hemp was identified as critical to the war effort because the crop could provide fiber for ropes, bootlaces, and parachute webbing.

The catchphrase “hemp for victory” was widely disseminated. A private company called War Hemp Industries was formed to subsidize hemp cultivation and new processing plants used the crop’s strong industrial fibers to produce products to support the war. However, that wasn’t enough for its legal propagation to stay in place. 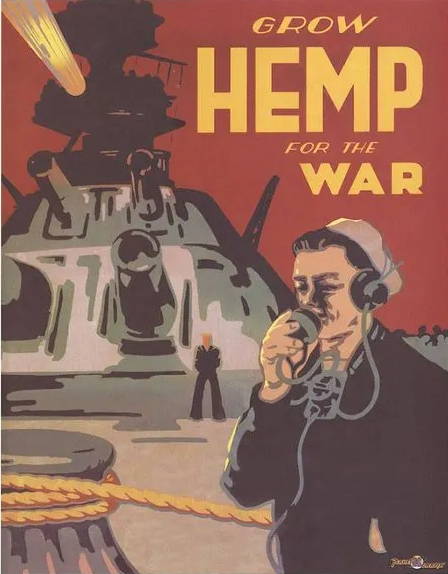 The WWII "Hemp for Victory" poster

The downturn of the American hemp industry

After the war, growing hemp became illegal again, causing the demand to drop and leaving farmers with canceled hemp contracts. The United States went from a staunch supporter of hemp to completely banning it in the 1970s with the passage of the Controlled Substances Act in which hemp was included as a Schedule 1 drug, grouping this crop with drugs like heroin and LSD. 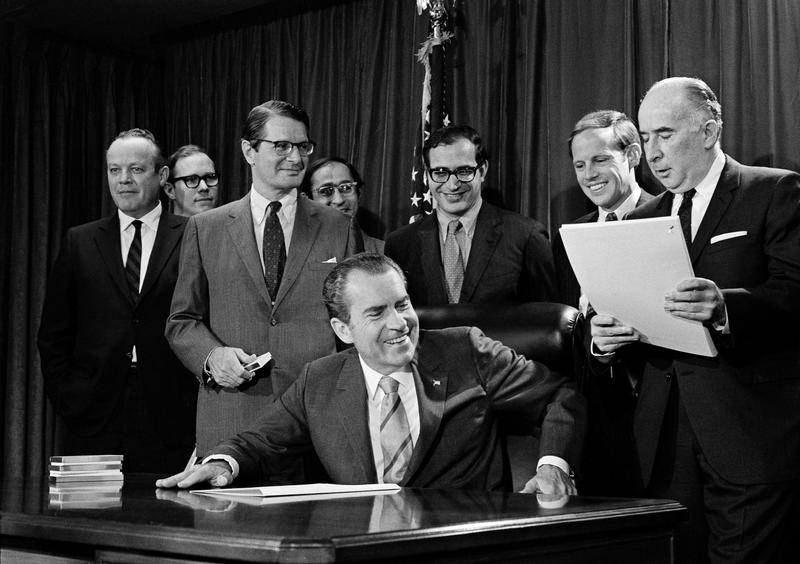 Hemp only recently again became legal to grow and use in the United States under federal law. After almost 30 years of being forbidden, the U.S. allowed businesses to import dietary hemp products in 2004. In the new century, application of hemp started to diversify as artisans and small businesses imported hemp fiber for clothing and textiles. A Farm Bill signed into law in 2014 allowed more states and some businesses to begin experimenting with hemp, under the guise of research into restoring this crop to American life.

So when did hemp become legal in the U.S.? Only a couple of years ago. Ultimately, hemp and all its derivatives became fully legalized in 2018, through the passage of the Agricultural Improvement Act of 2018 which contained provisions that removed hemp from the Controlled Substances Act. The law made it legal for U.S. farmers to grow, process, and sell hemp commercially. It also legalized hemp nationwide for any use, including the extraction of CBD oil.

As part of the comeback, many brands started bringing back industrial hemp as they realize the potential of the plant. One of the most well known examples are the return of Levis hemp jeans. At the same times, new startups took off their own hemp products such as Hemp Eyewear doing sunglasses, Jungmaven doing clothing, Wama doing underwear and 8000Kicks doing shoes. 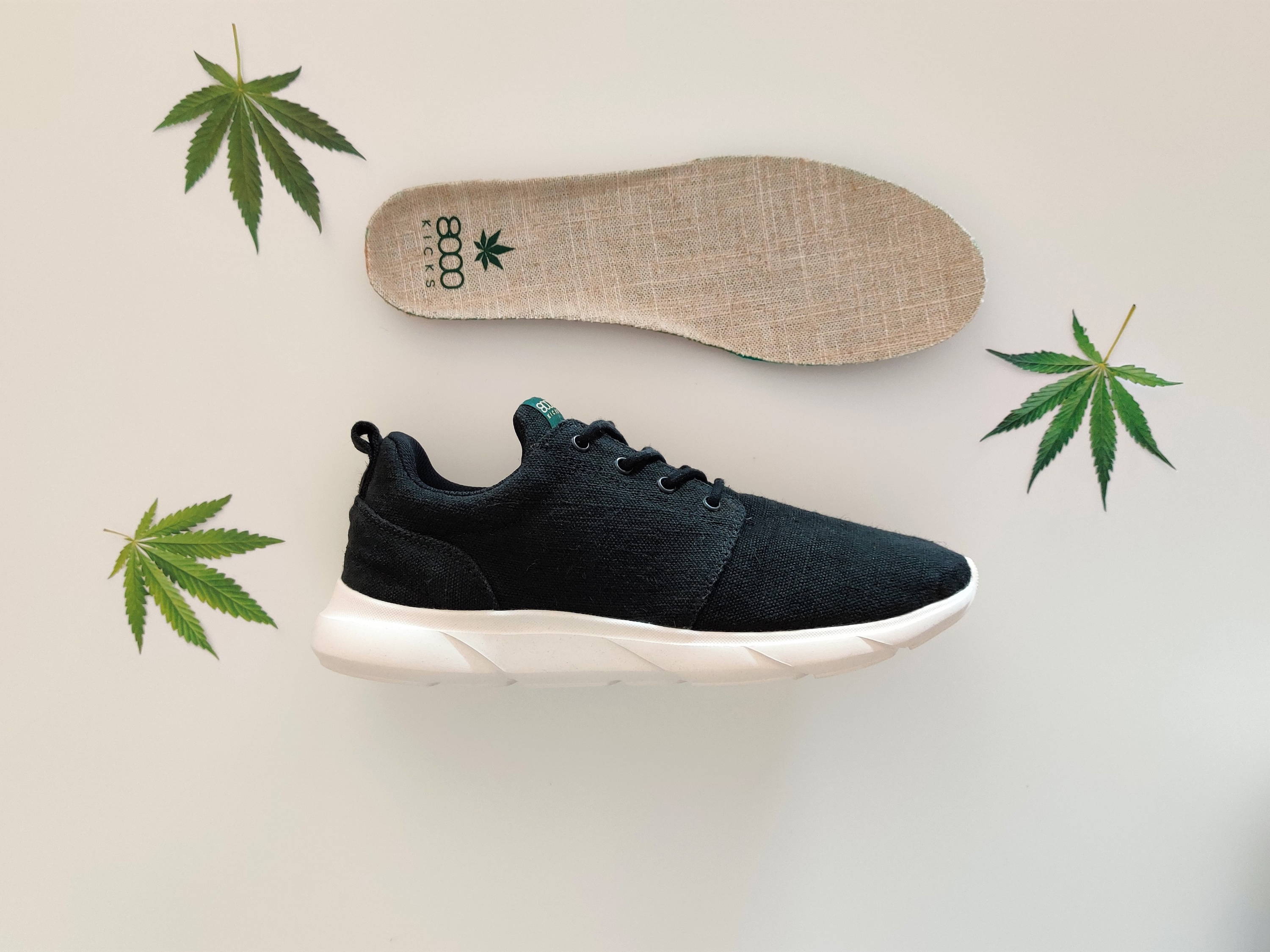